Recently, a research group of Professor Zhao Kun, School of Atmospheric Science has made new progress in the research about urban effects on the precipitation characteristics. They have their findings published in Advanced in Atmospheric Sciences entitled ” Impacts of Urbanization on the Precipitation Characteristics in the Guangdong Province of China”. The first author is Meng Yan, a postgraduate student. The second author is Professor Johnny Chan, City University of Hong Kong. The corresponding author isProfessor Kun Zhao, and the communication unit is Nanjing University. 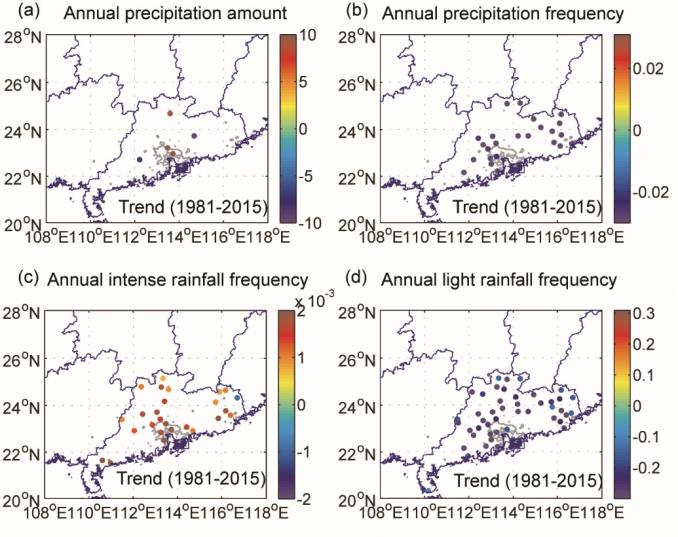 With the development of urbanization, the combination of the heat island effect, the change of land use type and a large number of aerosols in the polluted air have an effect on the atmosphere, cloud and precipitation in urban areas. Guangdong Province is an area of high level of urbanization in China. Also, it is located in the coastal area, experiencing frequent short-term heavy rainfall events. The existence of the Pearl River Delta urban agglomeration is conducive to the study of the impact of urban effects on precipitation characteristics. 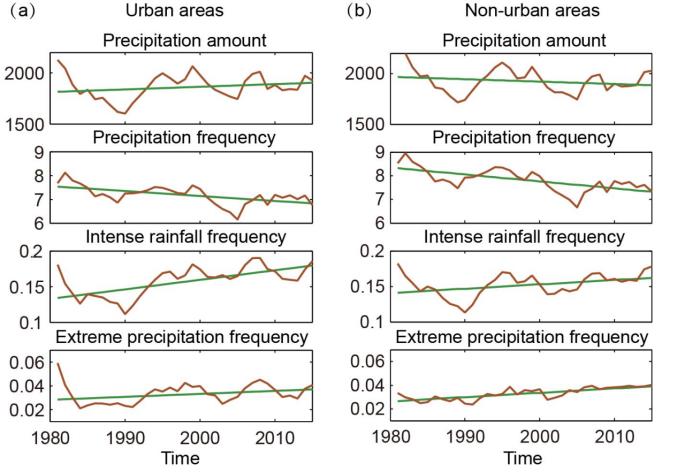 Fig. 3. Time series and trend of (a) annual precipitation amount in 1981−2015 during TC rainfall averaged for 14 stations in the PRD (brown) and 9 stations (green) surrounding the PRD, and those of (b) the difference between urban and non-urban stations (blue).